EVEN IF WE KEEP OUR GREATEST SECRETS,
WE DELIVER TO YOU FOLLOWING OUR SOME MOST FOUNDAMENTS 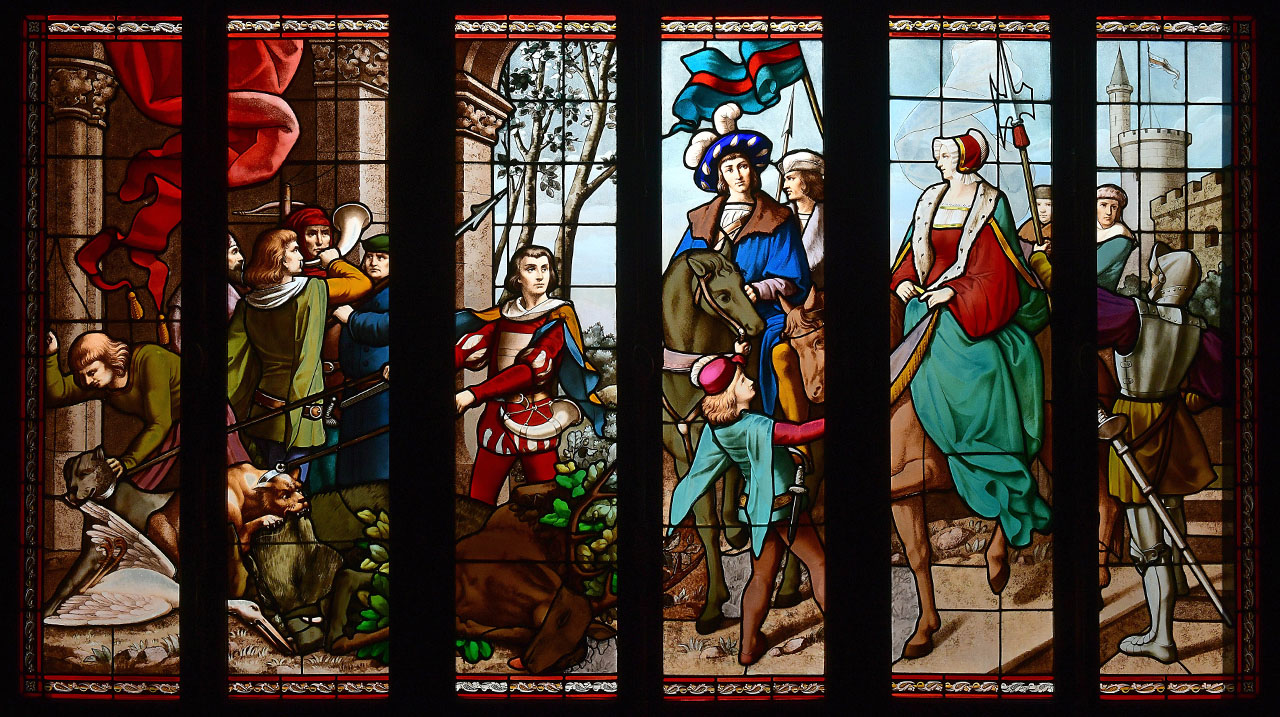 history
the masterpiece of the cote des bar

The historic symbol of the Côte des Bar, the Château de Bligny is a perfect example of the the enhancement of a terroir through the skill and talent of Human. 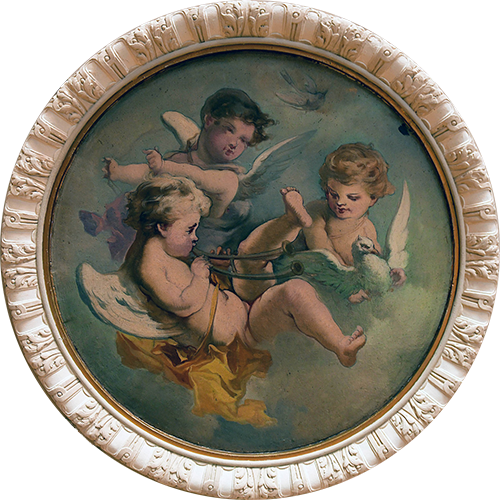 The Marquis de Dampierre builds the Château de Bligny on the foundations of a medieval castle feudal for hunting wolves. The Marquis, owner of the Bligny glassworks, main economic activity of the Village until 1870, also owns the surrounding vineyards. The latter provided for its consumption personal still wine.

The Marquis has erected the 2 towers at the end of the Château. Solidly built of dressed stone, the Château overlooks the village and the valley of the Landion, the source of which is situated under the Château cellars and still supplies it with water today. 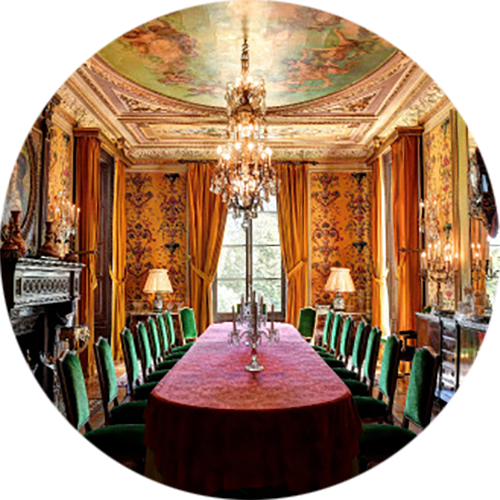 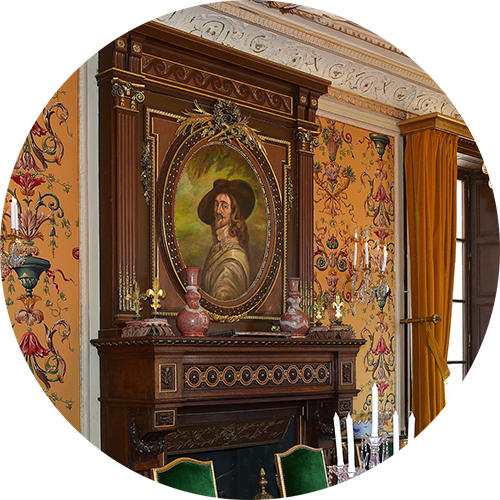 The Marquis de Dampierre and his son have disappeared. The Château de Bligny is on sale while Phylloxera sounded the death knell of the Bligny vineyards.

The Comte d'Ongran buys the Château but he goes bankrupt and is forced to leave the Château in 1896. The Château remains under the management of the Palace of Justice of Bar sur Aube until 1907. 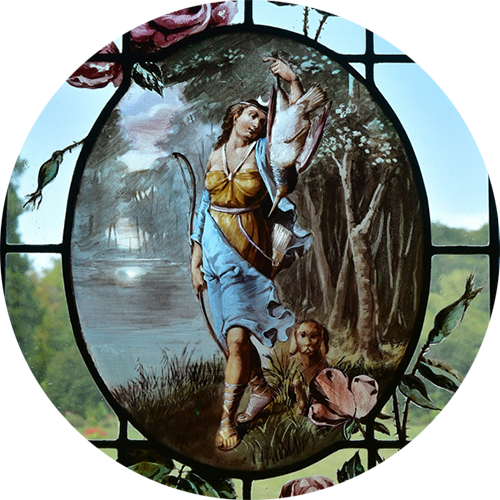 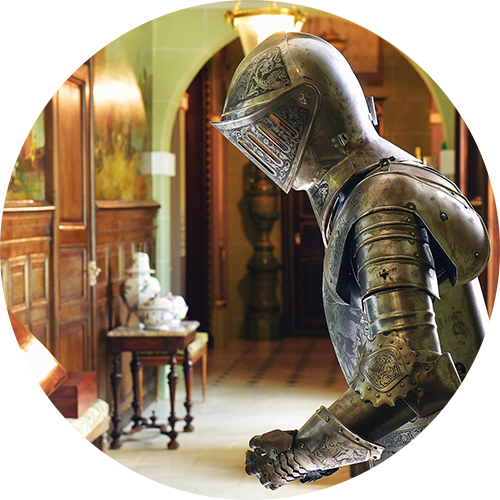 Le Baron de Cachard (ennobled by Louis XVIII), already owner of the Château de Beauregard in Ardèche, have bought the Château de Bligny. Winemaker and wine producer in Ardèche, he has decided in the 20th century to develop and to market sparkling wines from Bligny. He bought back land and gradually replanted vine. These acquisitions are at the origin from the current Château de Bligny vineyard. The distribution of its wines is expanding widely on the local market but also internationally. His passion and dynamism have greatly contributed to the growth of the vineyard. He has elected as the Mayor of Bligny in 1925.

The Baron de Cachard have disapeared. His son-in-law and his heirs succeed him and become owners of the 44 hectares of vineyard. In 1940 they were forced to leave the Château under German occupation. All the work of Baron de Cachard is then destroyed: the vineyard left fallow. After the war, the estate is bought by a winemaker from Touraine, Mr. Lefèvre, who wishes to complete its range of sparkling wines with a champagne. His project is unsuccessful, the property is fragmented. In 1953, the Gauthrin and Duval families bought the vineyard and replant. In 1954, the Chateau and its vines are taken over by the Lorin family. 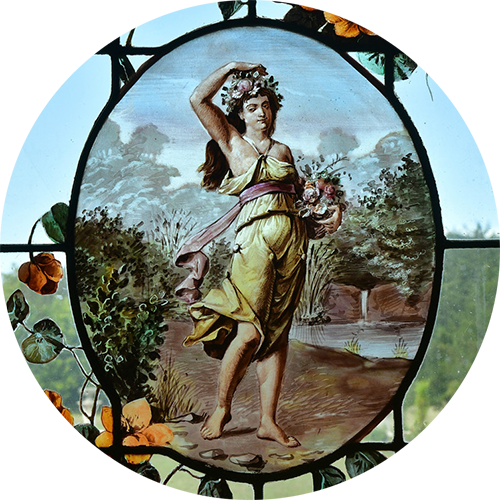 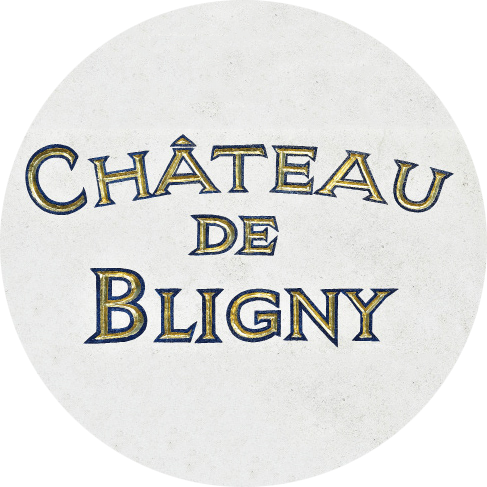 The Rapeneau family, from the Marnais seduced by the terroir atypical and wishing to preserve the historical heritage, architectural and vitivinicultural of this sumptuous estate, acquires Château de Bligny. After 10 years of restoration and rehabilitation, the 18th and 19th century residence is reborn. The style and furnishings of the period have been respected. The dining rooms and lounges have retained their woodwork and painted ceilings with cherubs and cupids. The main door of the Castle, comes from the old medieval castle, Louis XIII style with its fine sculptural decorations of grapes and vines. An exceptional collection of champagne flutes, including pieces signed Lalique and Daum, recalls that the village was the seat of one of the most important Aube crystal works. Wine production is also experiencing a great renaissance. Family invests in the production tool and the vineyard is redesigned. The entire harvest is used for the production of Champagnes from Château de Bligny, bottled at the property.

Today, the Rapeneau family, 7th owner family has strived, since 1999, to perpetuate the heritage of the estate while providing expertise. 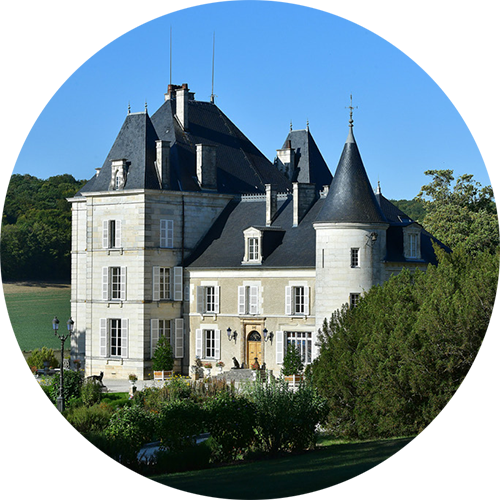 Alcohol abuse is dangerous for your health. Drink in moderation.

WELCOME
In order to validate your access, please indicate
if you are over 18 years old.

This site uses cookies intended to optimize your browsing, offer you targeted advertising tailored to your areas of interest, carry out audience measurements and facilitate the sharing of content on social networks. By continuing to browse this site, you consent to the use of cookies. To find out more and configure cookies. You can also, for legitimate reasons, oppose the processing of data concerning you. The personal information that may be collected on this site is subject to computer processing by the company Champagne Château de Bligny to provide you with the services to which you subscribe, process your requests and, subject to your consent, for the sending of newsletters. In accordance with the amended law "Informatique et Libertés" of 6 January 1978, you have the right to access, rectify and delete information concerning you, which you can exercise at the following email address: contact@chateaudebligny.com or by post to the following address: Champagne Château de Bligny 14 Rue du Château 10?200 Bligny